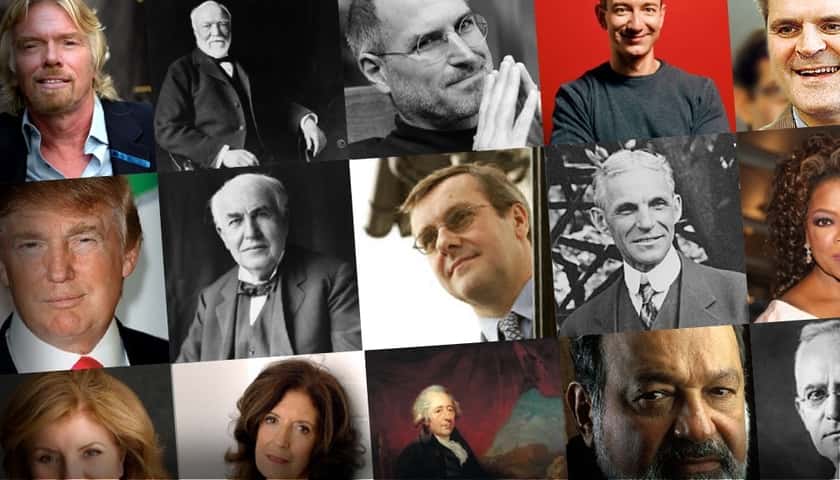 Ritesh Agarwal is the owner and founder of OYO Rooms which was established in 2013. At the age of 26, he is one of the youngest self-made billionaires in the world. When he was 17 years old, he travelled all over India and felt that the country lacked affordable hotels. So, he formulated OYO Rooms website and application – which advertently made it more comfortable for both the hotels and the customers getting high-grade service at a reasonable price. Today, OYO Rooms is the third-largest and fastest-growing hospitality franchise of hotels, homes, and living spaces across the world inthepast six years.

Globally-recognized successive entrepreneur, speaker, and influencer, Charlie “Rocket” Jabaley is passionately pursuing the goal to change millions of human lives universally. In high school, he started a music studio with his friends. He began producing music for his artist friends. He co-founded a music and artist management company called STREET EXECS Management and started working with 2 Chainz and Cap1 in 2010. Consequently, he started to nurture and grow his venture, Street Execs, into a multimillion-dollar company. He was diagnosed with a brain tumour in 2016 – which made him completely change his lifestyle and lose unwanted weight. His life’s journey thus far, has made him a popular personality on the internet.

The HighKey brothers – also known as The Lintz Bros – Jordan, Luke, and the youngest brother Jackson, are the creators of HighKey Technology Inc., which was instituted 3 years ago and is now popular all over the United States of America. HighKey Technology is basically an e-commerce venture, conceived with futuristic technology and innovative marketing in mind.  The HighKey Bros prefer to stay associated with modern pop culture. And through this, they have successfully generated content with influencers and have had tie-ups for their top-selling product (HighKey Wireless Earbuds) to gain ultimate branding. In just 2.5 years, they have entered seven digits in sales. Besides, the HighKey name has now grown forward, from ane-commerce company into 2 other rapidly rising companies in HighKey Agency Inc. and HighKey Clout Inc., which have both reached six figures sales values within months. These companies operate in the social media industry. Jordan, Luke, and Jackson are a remarkable trinity that will continue their march forward in the social media space.

Neno Korof is a Serbian-born entrepreneur, angel investor, philanthropist, and more. At the age of 19, he dropped out of college and realised he wanted to do something big with his life. He joined the Sales and Finance department of a company in Oakville at their head office and became the youngest producer for making the company $2.2 million in revenue – nevertheless, he only took home $50,000 after taxes. However, he realised desk-jobs weren’t for him, so he took a risk and learned about Forex. He started a new venture by trading Forex and rest is just history.

Gabe Mayants, a 20-year-old, who created a social media agency (Gabe Media) and a university event company while stillin high school. GabeMedia has freshly been included in social media administration and influencer management, building partnerships with influencers and joining them with the right brands. His other company -BlackoutBangers- is an event company that works to bring hip hop talent to universities around the country. This company has co-operated with some of the top festivals that include Firefly Music Festivals and Moonrise. He recently started running with American Ninja Warriors including Abby Clark, Brandon Singletary, and Joe Capo. In 30 days of Brandon starting TikTok, he hit 500k followers which allowed GabeMedia to lock in major multiple brand deals.

Clayton Morris left his successful show on Fox News Channel, consequently gaining financial freedom. As quoted in an interview, being able to find endurance and confidence in his finances had always been his dream since he was a kid. At the age of just 13, Clayton saw his dad unexpectedly lose his job. Since then, he developed a fear about money (or the lack of it) and realized that there had to be a more entrepreneurial way of creating wealth. By the age of 40, Clayton had ascertained as much income as he was making in his 9 to 5 job. He then decided to resign his job and never glance back. He started the Financial Freedom Academy to help others learn what he knew. Through his venture, Clayton now dedicates himself to helping others build passive income and achieve financial freedom, too, applying the methods he had to learn the laborious way. After facing a lot of failures, he finally learned to lead a significant, meaningful life and frequently likes to share about his journey through his podcast.

Dennis Brown is a successful  entrepreneur, who has built three multi-million dollar businesses in his career spanning more than25 years of experience and expertise. After growing his last business to over $80 million a year in sales and selling it in 2016, Dennis then shifted his focus from building his own businesses to coaching thousands of business owners to help them gain rapid growth in their own ventures. He is extremely passionate about supporting and guiding his clients to accomplish their goals. He now concentrates in assisting B2B companies to get more leads, clients and sales by making use of his proven growth strategies. He has written for Huffington Post, Influencive, and a mixture of other extraordinary biography blogs and has been starred on several trade ,marketing,growth and othersimilar podcasts. Dennis is also one of the hosts of the top-ranked retailing and entrepreneur podcast called Growth Experts.

Born in the town of 30 people in Montana, Cody Alt is a successful entrepreneur. He has tried his hand in everything – from Crude Oil to Fitness – and currently hasone of the largest brands of CBD. Cody Alt considers in staying far away from negative energy as much as possible and as near as possible to like-minded people. One of his brands (PureKana) just got procured recently, and now he will make his company public on the Nasdaq in February of 2020. His journey is only starting, but it seems to be “so far so good.”

Oracle Corporation is a software company co-founded by Larry Ellison. Lawrence Ellison is an investor, business magnate, and philanthropist. When he was working at Ampex in the early 1970s, he became inspired by Edgar F. Codd’s research on relational database design, which commenced in 1977 to the formation of what became Oracle. Oracle became a successful database merchant formid- and low-range systems, competing with Sybase and Microsoft SQL Server, which led to Ellison being noted by Forbes as one of the richest men in the world.

The 29-year-old IIT–B Grad named Bhavish Aggarwal is the organizer and CEO of India’s most notable Cab Service, OlaCabs. More famously known as Ola, OlaCabs is much the same as some other commercially successful internet giantson the web, however, more explicitly into providing Taxi management. Ola, which started of as an online taxi aggregator in Mumbai, presently headquartered in Bangalore (also known as the Silicon Valley of India), and is India’s cherished unicorn (having turnover more than $1B). Furthermore, the company is known to be one of the most actively and aggressively growing organizations in India, outplaying its competitors Uber and Meru.

Jen Horonjoff was a determined member of the sitting board of Medicinal Industry gatherings. She was a patient-oriented doctor. She figured out a lot of voices of the patients were unheard and made it her mission to solve this issue. With the help of Ronnie Sharp, she established Savvy Corporation in 2017. This gives a platform for patients with medical services organization, research centres, new companies, and scientists anxious to contact them for centre gatherings, client testing, overviews, and one-on-one meetings. In the main year, recognition “gigs” (as the commitments are called) gone from testing a wearable gadget model to taking part in a demographic surveying board on metastatic bosom malignant growth.

Marcia Kilgore has aced ladies’ organizers. The maker of Bliss Spa and Soap and Glory took on her most outstanding test with the dispatch of Beauty Pie. Most labels sell items at a 1,000 per cent margin; Kilgore wanted to cut costs. So she designed pieces at top of the line labs and sold them at drugstore prices on account of direct sales, registration charges and no costly showcasing efforts.

Arianna Huffington is the Editor-In-Cheif of The Huffington Post. The mastermind behind the New York Times sensation The Sleep Revolution. Her latest venture is a health-related start-up called Thrive Global that is all about providing workshops and helping reduce stress in people’slives.

Adam Quinn is an entrepreneur who is best known for starting his businesses from scratch. He is also a business consultant for several companies. “Brightguest Technology” was a software company started by him and his brother in 2013. It was the first market text messaging which helped restaurants to inform people that their table is ready. He partnered with several labels and also helps famous YouTube starsin creating exciting viral content.

Kylie Jenner is a famous American media personality, and is a social media influencer who is quite popular amongst youngsters because she features on her family’s TV show called “Keeping Up With Kardashians.” Due to her worldwide fame, her company called Kylie Cosmetics has become a huge success story. At 22, Kylie Jenner also happens to be the youngest self-made billionaire. 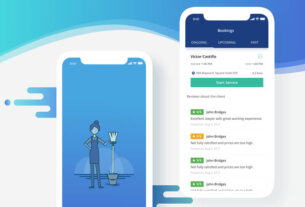 What to consider when start a cleaning business 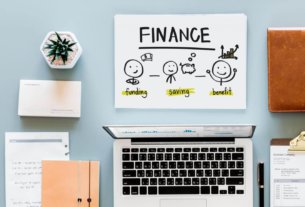 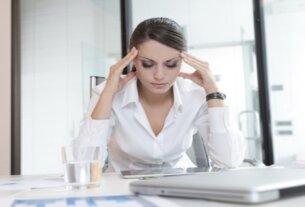 11 Ways to Reduce Stress in the workplace for More Productivity