The globe appears to have learned a very precise lesson in the last few months of the year 2020, or the entire year 2020 that NOTHING IS FIXED! This includes your job, money account, your way of life, or anything else for that matter. So, why is it that cryptocurrencies are solely to blame for their volatility?

In reality, Bitcoin price has endured the test of time as a global saviour, redefining the terms speed, transparency, and trustworthiness because of the Blockchain rotation.

Bitcoin is a decentralized digital currency that allows users to spend money without having to deal with a bank or government. Users create the coins by “mining” them by giving computing power to verify the transactions of other users. They are compensated with Bitcoins. The coins can also be purchased and sold on exchanges in exchange for US dollars and other currencies.

Read more: Bitcoin Trading – The Plus Points for Everyone to Enjoy

Although some businesses accept Bitcoin as payment and a few of financial institutions accept it as part of their clients’ wallets, widespread acceptance is still restricted.

Bitcoins are digitally signed lines of machine code that are transferred from one owner to the next. The money is popular among libertarians, as well as computer enthusiasts, speculators, and criminals because transactions can be performed anonymously.

Bitcoins must be kept in a digital wallet, either electronically with an exchange like Coinbase or offline with specialized software on a hard disk drive. Only roughly 18.7 million Bitcoins are currently in circulation, according to Coinbase, and only 21 million really will exist. The reason for this is unknown, and no one knows where all the Bitcoins are.

Not only is Bitcoin the first of its type, but it was created with the goal of breaking and replacing paper-based fiat currencies as the worldwide electronic currency used by everyone, regardless of where they live.

Bitcoin’s beginnings may be traced back to 2008 when a mysterious figure known only as Satoshi Nakamoto made headlines. When the currency’s implementation was released as open-source software in 2009, it went into usage. Bitcoins are created as a result of the mining process.

His grand plan to create a cryptocurrency that would operate on the blockchain and assure the greatest transparency and security while also being scientific was deemed “Remarkable” and caused a lot of turmoil during the initial price offer round!

No trading instruments could have predicted the sharp increase in Bitcoin’s value between late last year and the beginning of this year. Despite the numerous forecasts, algorithms, and charts used to anticipate the asset’s worth, this was the case. That run, on the other hand, was completely unexpected.

This means that no measure of price chart or graphic movement can predict what the price will be in a month’s time or in ten to twenty years’ time. Despite the amount of suspicion, crypto specialists and analysts have continued to make educated projections about the asset’s future value.

Bitcoin’s predicted value and expected growth might be astronomical because it is so robust and has much more possibilities. Bitcoin’s long-term value, according to crypto prediction researchers and industry experts, might climb beyond $100,000 to as much as one million dollars per BTC in the future.

BTC’s average price in 2021, according to DigitalCoinPrice, will be $70,000. This forecast is based on the assumption that the cryptocurrency bull market would continue. It also predicted that Bitcoin would end the year at $80,000, after peaking at $103,000.

According to Citibank analyst Tom Fitzpatrick, who described Bitcoin as “21st-century gold,” the value of bitcoin might reach $318,000 by December 2021. While this price estimate may seem excessive at first glance, when one remembers the prior great run that began in late 2020, it adds some validity to this projection.

A graph published by Carl Eric Martin’s YouTube channel, The Moon, which focuses on cryptocurrency. The graph shows that if Bitcoin were to take precedence after the May 2020 halving, it would reach $318,438 in October 2021.

In 2021, Bitcoin has fluctuated between $30,000 and $65,000, making it one of the most volatile periods in its history. Market analysts and crypto specialists are split on whether we are at the start of a bear market or still in the throes of a record-breaking bull run as Bitcoin sits above $40,000. According to JP Morgan, a well-known major banking institution and global advisor to a number of investment firms, the value of Bitcoin will peak at $146 000.

Why Bitcoin price is going down?

After the China Banking Association warned member institutions about the hazards connected with digital currencies, the price of the notoriously volatile cryptocurrency crashed over 30% at one point.

According to Coindesk, Bitcoin has lost about 38% of its value since hitting a peak of over $64,800 on April 13th. The China threat was only the most recent stumbling block. Musk quickly reversed course, stating that Tesla will no longer take Bitcoin due to the potential environmental harm that Bitcoin mining could create.

Bitcoin fell below $50,000 as a result of the statement, setting the tone for the recent massive sell-off in most cryptocurrencies. Bitcoin had been under pressure due to Tesla’s decision not to accept the digital currency as payment for cars after previously stating that it would, as well as whispers in Washington about tougher legislation of digital currencies.

According to a 2019 study by the Technical University of Munich and the Massachusetts Institute of Technology, the Bitcoin network emits CO2 equivalent to a large Western metropolis or a developing country like Sri Lanka. However, according to a University of Cambridge study published last year, renewable energy, predominantly hydroelectricity, was used to power 39 percent of “proof-of-work” crypto mining.

Bitcoin investors were concerned that Tesla may sell some or all of its Bitcoin holdings, but Musk said that Tesla will keep its stake. 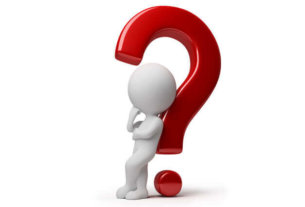 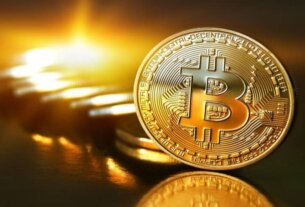 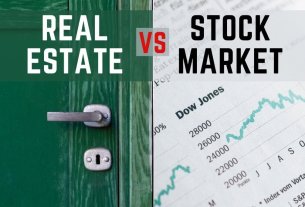